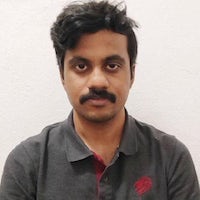 When I was in the second year of my undergrad, I had to take a course on “Material science.” It was a fascinating subject, although I do not have much use for it in my day to day life. It goes into phase changes of more common engineering materials like steel. People try to mug up phase change diagrams of a few of these materials since it was essential for exams. I often pondered if social scientists had a similar diagram for human beings. If such a diagram existed for human beings,

Whatever it may be, it would be highly non-linear. Materials in an ideal environment / even real-world perform with a reasonable similarity except under a few extreme scenarios. It would be an exhausting task to create such a diagram for all human beings or all men or even specific age groups of one particular sex. Human beings are very complicated devices governed by a finite number of infinite non-linearities. However, an individual can draw his/her phase change diagram. Even if it were highly non-linear, it would be easy to design one that caters to an individual. Then I look at myself and think about what would be the phase change that I care about the most. It would be a phase change diagram of the state of my mind. I have been through a few phases in my life. I had a wonderful childhood and grew up for the most part with my grandparents, who loved me unconditionally. By the time I was ready to start University, I had lost both of them and hence begun my slow descent into depression. I became increasingly anti-social as the years went by and spent much of my time on academia. It had a positive effect on my life in some way since I started doing very well academically. However, my cynicism, hatred for people, and depression only grew so boldly over time. My mother was the only thing glueing me to reality. I got a chance to leave far away from home and thought it might change things a little and flew oceans away from home, hoping for a change. However, it did very little to alter my state of mind and my view of the world. I concluded at some point that this would never change, and I was going to be a miserable old geyser forever. Then she came into my life. It has only been a very brief period with her, yet everything seems different. I am happy to wake up so early in the morning after a very long time. I feel so glad and filled with positivity after many years. I like this phase and do not want it to go away. Even though the cynic in me keeps saying this happiness won’t last forever, I do not want to believe in him. I want to be in this phase forever. I am happy to accept a few ups and downs along the line, but I hope this is the phase change that sticks.